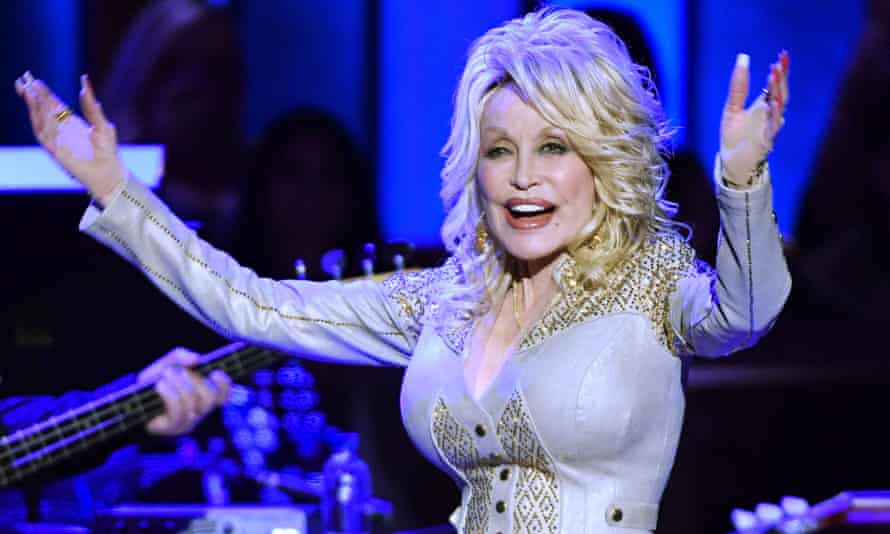 This piece was written and first published at the end of 2020.

I wasn’t there for the assignation of Martin Luther King, the protests against the Vietnam War, or the tragedy of the Kent State shooting. Nor would I know how the events America has experienced recently compare to those instances in history. Still, it can’t help but feel like we’re living in this generation’s dark moment.

Right now the emotions are too high to think clearly on how we got to this point. Everyone is angry, disillusioned, and alienated. Still, despite the current zeitgeist, we’re eventually going to come back together as a nation—although it may be a difficult and hard-won process. Perhaps the best way to heal is to start with the common ground we share. We need to begin with celebrating the beliefs and values we all hold. No matter how divided and polarized we are, I think there is one thing we can agree on:

We all love Dolly Parton.

You can be a twenty-year old hipster who makes your own pickles or someone’s seventy-year-old aunt that still reads Harlequin novels and Dolly is probably still the one person you’d choose to spend an hour with if you could. She might be the most universally adored person on the planet, and more than that, probably deserves to be.

The daughter of a farmer, Dolly grew up as one of twelve children in a one-room cabin in Tennessee. Being “dirt poor,” the doctor who helped deliver her was paid with a sack of oatmeal. Today, Dolly’s net worth totals over $600 million, and her donation to Vanderbilt University is largely responsible for the Moderna coronavirus vaccine.

It’s easy to be charmed by Dolly’s “higher the hair, the closer to God” attitude. Her humbleness is refreshing in its sincerity, and even more remarkable when one stops to measure up all of her accomplishments. In addition to writing over 3,000 songs and being the first singer to record Top 20 country hits in seven straight decades, she has over 50 Grammy nominations and ten wins, as well as an embarrassment of riches in country music honors. She is also one of a few people who have at least one nomination from the Academy Awards, Grammy Awards, Tony Awards, and Emmy Awards. “Jolene” and “I Will Always Love You” are two of the biggest songs in the history of country and pop music. She wrote them both in the same day.

Despite all her success, Dolly has always been community minded. She built Dollywood in order invest to in her rural home area of Pigeon Forge, Tennessee. Her father was illiterate, and to honor him she created Dolly’s Imagination Library. To date, the project has sent more than 150 million books to children across the world, and is listed by her as one of her biggest accomplishments. Now, when the world needs her the most, she’s at the forefront of trying to end a pandemic. Being Dolly, it shouldn’t surprise us that her “heart just said, ‘go donate a million dollars to try find a cure’.”

Everything about Dolly is larger than life. She has over 300 wigs and (presumably) augmented breasts. She is often bejeweled, in high heels, and wearing a lot of makeup. (As she famously said herself, “it takes a lot of money to look this cheap”). However, you don’t get to where Dolly is by accident. She might be able to aw-shucks you out of the room, but she has always proven herself one step ahead of the game and an extremely intelligent businessperson. How else could she hold two Guinness World Records for the number of country music hits she made, and be more than halfway to making a billion dollars? In fact, there is probably only one thing in her life that she failed at: she entered a Dolly Parton look-a-like contest and lost.

By now we should have learned that no one is going to come along and save America. The 21st century isn’t made for heroes. We have to work together to fix our problems as a nation and see ourselves first as a diverse group of people instead of good guys and bad guys. Still, if there’s one person that can help us on the way, it’s probably going to be Dolly Parton. Let’s all take a moment to appreciate her together.

We’ll do well to take on Dolly’s attitude of openness and acceptance. She is equally comfortable at a drag show as a church revival. It’s hard to imagine Dolly Parton saying a bad word about anyone, irrespective of who they are. In the end, we can never be so different as to not all sing along to “9 to 5” or sit down to watch Steel Magnolias with each other one more time. By channeling our inner-Dolly we’re going to get through this and begin valuing each other, regardless of political opinions. As she said herself, “We cannot direct the wind, but we adjust the sails.”