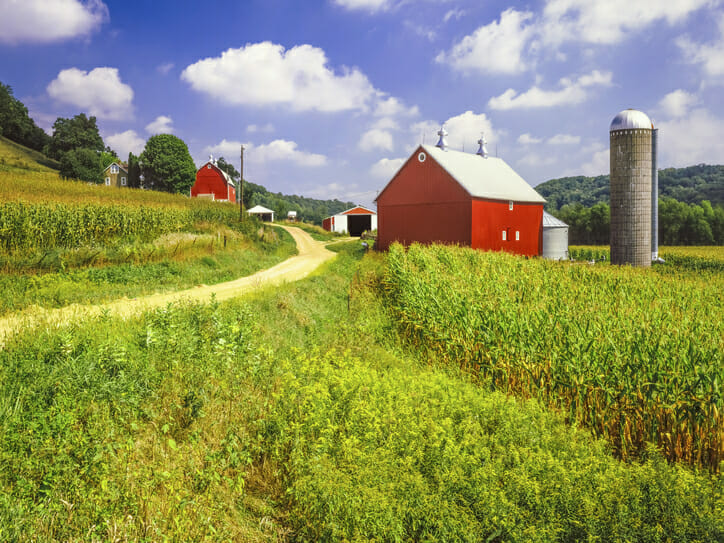 I recently signed up for LinkedIn, which automatically sends a connection request to all the LinkedIn members in your email account. As a result, I got responses from a handful of people I hadn’t talked to in years. One of them was Quinton, a farmer’s son I had met towards the end of my studies at The University of Iowa. A lot had happened since then: He got married, moved to Chicago, and now works in a large financial institution. Yet, these he only mentioned in passing. He went into more detail about the recent investment he made: a red variant heifer, in hopes of eventually producing a high-type red variant bull. He also talked about the farming journals he had been reading, interesting articles he came across, and how life can be funny the way it turns out. I asked him if he ever got back home.

Quinton, myself, and most of the friends I grew up with mark a generation of sons and daughters that were raised on a farm, but are not there now. The reasons vary. It’s simple logic that as agriculture shifts towards fewer, larger farms there will be those displaced by economic trends alone. Still, others have taken the intelligence and work ethic given to them to be successful in other ways, finding a lifestyle that is easier and financially stable. Regardless of how it happened, there are many of us.

I suspect that the concept of home is different for those who have grown up on a farm. “Home is wherever I’m with you,” suggests Edward Sharpe and the Magnetic Zeros. It’s an appealing thought, especially for someone like myself who will soon have lived in four countries the last five years. Still, for some of us I don’t think it’s that simple. Home has a specific geography, and more than that, it has a farm.

Diaspora is a term that appears often in post-colonial literature, as well as in connection with certain groups of people throughout history. It’s meant to describe a longing for a homeland by people forced from it. In my first year at the University of Iowa we discussed the novel Cracking India, which dealt with the violent partition of India and the people forced to relocate from where they were had lived. I raised my hand and suggested to the professor, who was Indian herself, that in some ways it was analogous to what some dairy farmers experienced in the US. There was an awkward silence, during which I realized that I might have said something regarded as offensive. Almost ten years later, I’d like to try again. This time I would start by suggesting that a farm maintains in it a sense of gravity: it pulls in various ways at those who left it, sometimes until they come back. Beyond the choice of the individual, the farm is a repository of identity. Those that have grown up on it have given a part of themselves to it, because that’s what a farm requires. For all that it entails, it makes us different from those who did not have that experience, and therefore part of who we are remains on it.

Sometimes I think we do things to prove to ourselves that we’re still the children of farmers. Some of us, successful financial advisers, choose to invest our own money in livestock. Some of us write columns for dairy farming journals. Some who no longer have a home farm try to find a place to keep their old show string so they can still go to the fairs. Dana, another friend from Iowa, also got in contact with me. After the usual salutations she wanted to swap notes on bulls coming up lame in the pasture. She herself had recently quit the job she had got her degree for to help out on the farm after her father had fallen ill.

My favorite example is this: One of the most well known names in Irish rugby was John “The Bull” Hayes. A farmer’s son, he didn’t start playing rugby until he was eighteen, but went on to be the most capped played in the island’s history (meaning he played in the most national matches). Still, throughout his twenty year career, every day he wasn’t too far away he returned home to help out on his family’s dairy farm in Cappamore, County Limerick.

I call home once a week and get updates on how the corn is growing, how many heifers were born, and what the milk price is like. During these conversations I feel the old gravity again. Whatever country I’ve been in, it’s never felt like I could stay there. I often say that I’m waiting for a European girl foolish enough to go back to a farm. People laugh, but for myself I’m not sure it’s a joke any more. Until then, I’ll make use of the company, therefore by default the understanding, of the rest of the displaced generation who can’t help but to talk about farming from time to time.