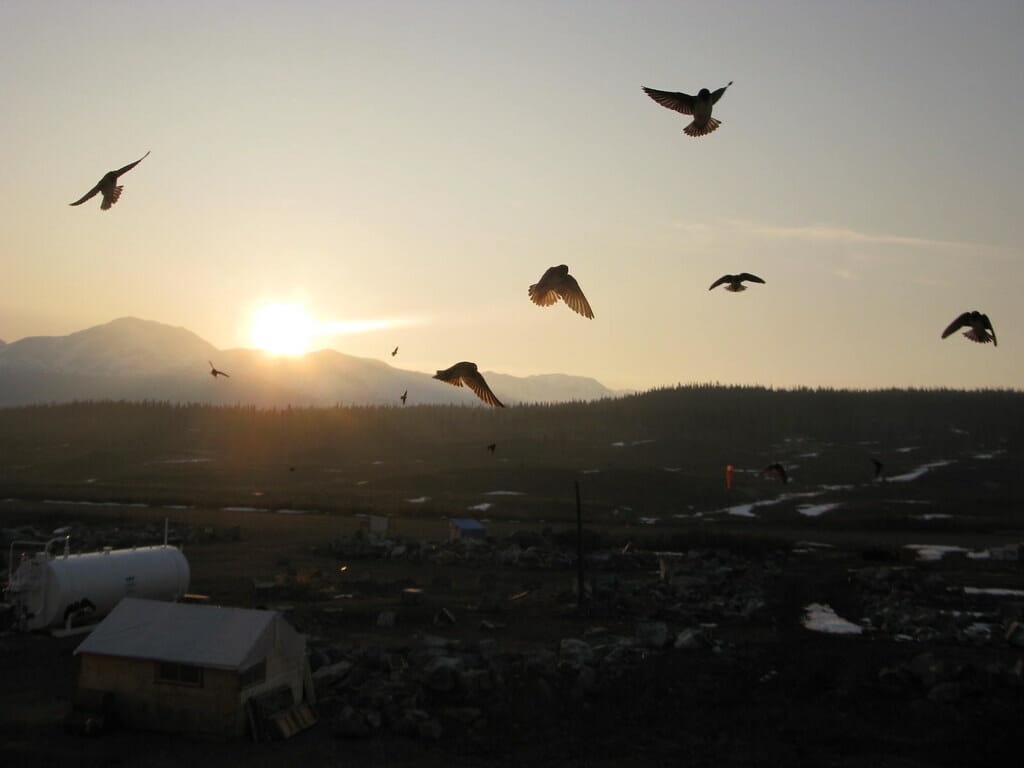 “[Extrapolation] is similar to interpolation, which produces estimates between known observations, but extrapolation is subject to… a higher risk of producing meaningless results.”

“Living in the moment—also called mindfulness—is a state of active, open, intentional attention on the present.”

It was late into the season, a transition from baling hay to chopping corn made awkward by challenging weather and running behind in fieldwork. The first cutting that remained had grown course. The dried out stalks of reed canary bent towards the ground from the burden of a dry summer. Before cutting, my father drove through it with a pickup, trying to get me excited about cutting old hay before an eminent thunderstorm. “Relax and enjoy it,” he said. “Sure, it’s better than milking.” I warily looked up at the sky.

Each field on our farm has a name passed through the generations like a tribal language, and much like how Native American names appear to be both compound and functional, this piece of land was called the Field Past the Pond. The full identity of the field, however, is better divided with what it is towards than only what it is beyond. The pond is place of fond memories where I caught pollywogs in plastic buckets when I was young, fished the bass with a fly rod off eBay and visited relatives at family picnics. The dirt road that runs parallel to the Field Past the Pond, however, is seasonally maintained and extends beyond the hedgerow, out of sight towards a woods and a hinterland where those that are thought to live there are a small, shifting population that is never wholly confirmed. Drug dealers are rumored or verified—a fickle distinction—to take up residence at the end of the road and disappear just as quickly when necessary. It is off the grid and at the edge of a conventional society, as well as generally accepted that those who live there have a reason to do so.

I’ve heard my grandfather say that in one of the nearby hedgerows is a stone benchmark with an elevation and a claim to be the highest point in the county. I was never able to substantiate that, but looking around I could see nothing higher than the tops of the trees across the road. Below the field stretched the valley. Through the window of the haybine I could see what used to be my grandfather’s barn before it was sold. I was, as far as I could tell, the last thing between the earth and the sky. The clouds hung low in great bulbous masses. Although I knew they were no more than the ghost architecture of cooling water they loomed imposingly overhead, as if they were as solid as concrete and meant to dwarf those under them until man realized how small he really was.

The wind swept through the hay, twisting the grass from its roots. It carried with it the smell of the weather about to change as it loosened the empty seed hulls sitting on the head of the haybine and flung them around the cab of the machine. A dark silhouette crossed in front of me. Watching the hay for stones and woodchuck holes, I saw it only out of the corner of my eye. The second barn swallow swung and dipped through the air with the precision of a conductor’s hand. It skimmed the top of the windrow before circling behind me. Suddenly, others cut through the air with their pointed wings, but where they could have emerged from in the open plain around me I did not know. The machine crept forward as the air grew thick with the shadowy birds that crisscrossed through it in jagged flight. I pulled the break and descended the steps.

Barn swallows preceding a storm is a common sight, but I had never seen so many at once. They flashed in great swooping arcs over one another as if to create a shifting lattice over the gray horizon. There was no way to tell how many there were, but they made it feel like there was hundreds. They looped around me and the machine I stood next to, silent except for the whispers their wings made as they carved the wind. One of them was in course for my face. I ducked, but at the last minute it lifted above me, flashing the creamy feathers on its breast. I laughed for the sheer excitement of it.

There are things that I did not do while standing in the Field Past the Pond: I didn’t linger on the doom of cutting hay minutes before it rained. I did not look over the bank to see our farm and make a decision on what has been won or lost. I did not grow nostalgic for the memories of the pond on the left and the ideal things it stood for, nor became full of dark wonder about everything that occurred unknown to the right. I disregarded all metaphors. I chose, perhaps for the first time in a long time, to see myself not between anything, but in a moment and place on its own.