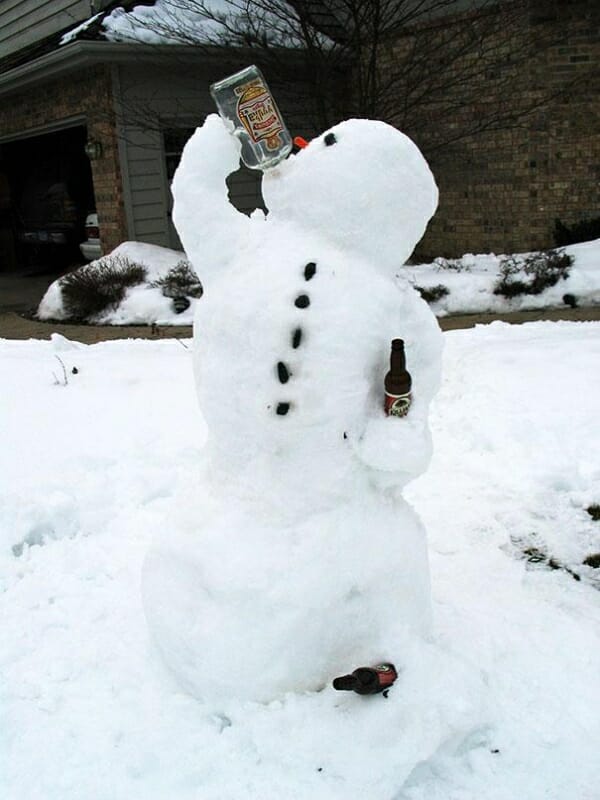 “Don’t worry,” I told my girlfriend.  “There are a lot eighteen year-olds that live around us.  They’ll get eaten first.”

Preparing for the zombie apocalypse is one of my side hobbies.  When I drift out of a conversation usually it is because I’m evaluating the surrounding space and considering how to bolster it against the infected hordes. Someone would be talking about upcoming weddings or the achievements of their child and I would have to interrupt them to ask how much wood there was in the house, and could it be enough to cover the windows.

As I write, Ireland is just coming out from under the effects of Storm Emma.  All stores and buildings were closed.  The university was cancelled for four days.  The government had declared code red and warned everyone to stay indoors.  The news described the island as being under “treacherous” and “unrelenting” conditions.  It was unlike anything most had ever seen.

There were two inches of snow.

The first snowflake fell on Thursday.  On Tuesday I had read that many stores had sold out of bread (sparking the headlines “ArmaBREADon!”).  Colleagues asked if I had stocked up on supplies and was ready to face “The Beast from the East,” as it was soon called.  I laughed, because I assumed they were joking.  While Ireland didn’t have many snowplows, it did have salt now after the last “significant” snowfall in 2011 paralyzed the nation for a week.  Not surprisingly, the roads in my area were bare.  What was shocking, however, was that there was nowhere to go.

The allure of a zombie apocalypse—and why it is such an American obsession—is probably this: all of our obligations, expectations and pedestrian concerns get eradicated in one go.  There’s no more coop meetings to attend.  There’s no more 4-H cookies to sell.  It’s all about getting something pointy to stab into brains, getting some food that won’t spoil, and getting somewhere to hide that can be boarded up tight.  That’s the sexy part that we all think of anyway.  The other part of it became apparent on Day Two of the storm.

“We’re stuck in this depressing house with nothings to do,” my girlfriend said.  “I’m bored.”

We went for a walk, thinking that surely some store somewhere must be open.  (We had plenty of food, just not the kind we wanted to eat.  Apparently it’s called “vegetables.”)  Not only was all the stores dark and locked up, but the city we lived in looked like the post-apocalyptic deserted urban landscape shown in movies.  Not a car on the busiest roads, and seldom a person on the sidewalks.  What there were plenty of, however, in lieu of either people or zombies, were snowman.  Because the snow was such a novelty every bit of it lying over grass had been shaped into a figure of some sort.  And because it was done by Irish college students, every snowman had breasts.

To distract ourselves from the cabin fever I continued training my girlfriend for the rise of the undead.

“Too heavy.  Grab the butter. Lots of calories and it will help out the surviving Irish dairy farmers. Okay, you’re in a group of people running from the zombie herd. Who do you trip to save yourself?

It turns out, we are apparently amateurs in looting. In Dublin, the snow reached about a half a foot, and it seemed to have frenzied the people even more.  After two days of not having bread (or maybe beer?) someone stole a large backhoe and tore down a Lidl’s grocery store.  The scene was recorded on someone’s phone: the machine left the entire building in a pile of rubble, while thirty or so people stood around the safe as the bucket tried to crack it open.  Unfortunately for the vandals they posted the whole affair on their Instagram accounts, leading to their arrests the next day.  The incident sparked pages and pages of internet memes, as well as suggested why some of the world’s greatest criminal masterminds tend not to be Irish.

Now it is Sunday and the snow is all gone.  The snowmen have withered into flabby middle-aged bodies, and by tomorrow will be nothing but scarves and bikinis on the ground.  It appears the zombies have lost.  My girlfriend and I have bread on the counter now, although it will probably get stale before we bother eating it.  All the responsibilities and commitments we had last week are back again.  Minus one Lidl store, we’ve returned to the pre-apocalyptic world once more, giving us time to plan for when it all happens again.