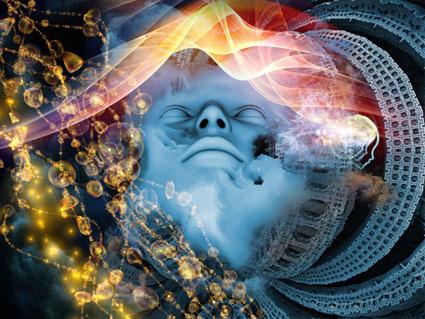 “They’re going to be happy chickens,” he said, pointing to the fence that took up most of their lawn.  “The happiest chickens in town.”

I was visiting friends in Germany, watching them build an elaborate coop.  They were the hippy crowd from the local university, living together in a big house that collected rain water in barrels for organic potatoes and that always had a crowd in the lawn.  Some had dreadlocks to their waist and wore baggy pants with lots of colors, others in street clothes.  They were kind, laughed easily, and shared whatever they had.  They were going to get four chickens, and it was important to them that the animals would have a good life.  I had no doubt the chickens were indeed going to be happy.

Germany is known for its conservatism and industrial approach to life.  I had lived there for two years and had never seen a German cross the street without the “walk” sign, even when there wasn’t a car in site.  However, what is lesser known is that in the country there is also varied and fierce resistance to convention.  One of my friends leads the local anti-fascist movement, while an old lady I often visit sometimes asks her angel Gabriel what vitamins I should be taking and shakes a golden stick at me until he answers.  I appreciated things like that in Germany.  There’s still room to be different there.

Recently I’ve been told about biodynamic farming, whose products are often sold by the Demeter organization.  The German philosopher Rudolph Steiner, perhaps most famous for initiating a form of alternative education called the Waldorf Schools, founded an ideology called Anthroposophy that suggests the spiritual world can be accessed and studied through inner development and personal perception. The philosophy has been applied to various areas, from ethical banking to medicine, as well as agriculture.

The story goes that farmers approached Steiner when they noticed that conventional farming methods was depleting their soil and inhibiting results.  In 1924 Steiner gave a series of eight lectures in which he outlined the concepts of biodynamic farming.  It is believed to be the progenitor of organic farming as we know it today and shares many values in common, such as avoiding the use of pesticide and fertilizers, rotating crops, and saving part of the land as a biodiversity preserve.  The farm is seen as an individual organism in itself, with the land and cattle working together in tandem.  It is meant to be a self-contained entity, with limited off-farm inputs.

Joined collectively with these farming practices, however, are astrological influences that are, to say the least, non-conventional.  Crops are planted based on the phase of the moon and zodiac constellations.  Steiner developed nine “field preparations” to improve soil fertility. One of these include putting quartz crystal powder in the horn of a cow and burying it in the field from autumn to spring, and then digging it up, diluting it in water, and spraying it over the field.  The same is done by putting manure in the horn.  (Note: Demeter farms do not remove the horns from cows, believing that milk from cows with horns is tastier and healthier).  Another method involves stuffing yarrow blossoms into the urinary bladder of a red deer and placing it in the soil.  Such practices are meant to harness the “cosmic forces” required for ideal food production.

Studies have shown the results of biodynamic farming to be similar to other organic farming methods.  Predictably, most have tagged it as a pseudoscience or something similar to believing in magic.  As with many of Steiner’s ideas, some associate it with being a cult.  Still, over 350,000 acres in 47 countries is used in biodynamic farming, half of it in Germany.

Although none of them grew up with agriculture, my friends plan to live together next year on a small farm, raising animals and teaching part-time.  It will be a commune of sorts, with organic vegetables and content livestock.  They already have the land.  Although it wouldn’t be for me, I like the idea that even though the industry is becoming more corporate every year, farming is still an interpretative act.  It still has room for individuals and individual ideas, some of them much different than others.  Although I can’t say if consulting the planets make for a better glass of milk, part of me is glad that there are people who do.