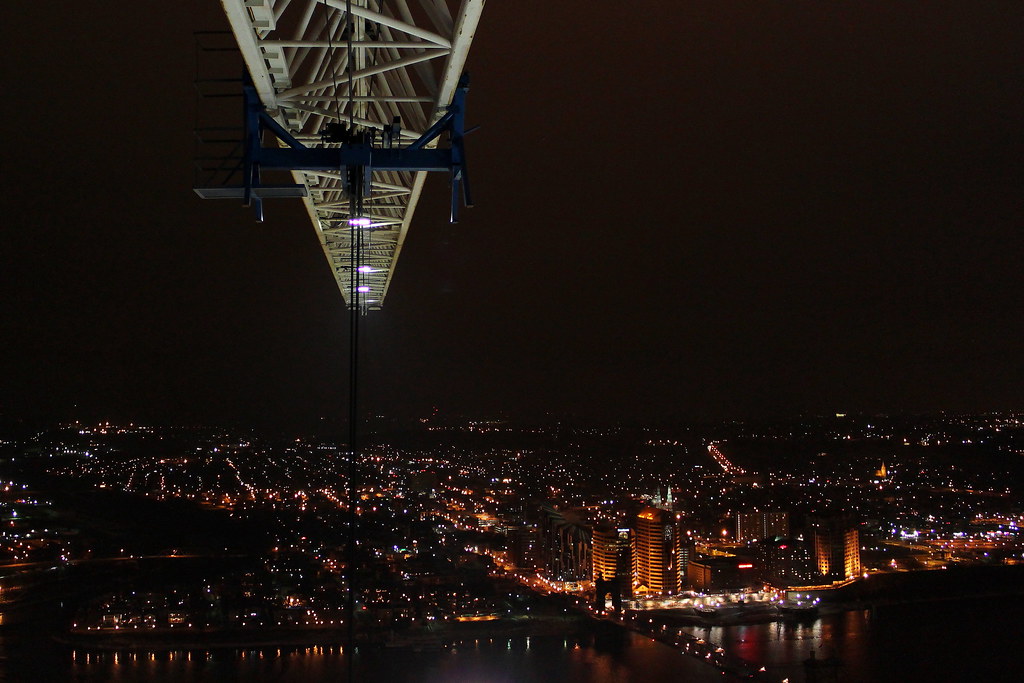 “Hey man, have you tried climbing?”

I cringed. I was getting a second Master’s degree in Iceland and University Housing had placed me in a dorm. I was a decade older than everyone else. I took this to be one of those awkward occasions when I had to explain that I didn’t do drugs.

“No man,” he said. “Climbing. Like getting on top of stuff.”

Instead, it was one of those moments when you realize how fast everything changes. I had just gotten my head around Justin Bieber when Hello Kitty came, and now I don’t even know what’s in any more. When the other students in the dorm talked about climbing they did so like they were the first to come across it. On mountains, on trees, on buildings. Their favorite seemed to be construction sites at night. They were passionate about going up things. The higher, the better.

Once a Spanish girl with long dreadlocks came into the kitchen. She had swollen eyes and a bruised cheek.

“Carmen, what happened to you?” I asked.

“Rock fell on my face” she said, spreading hummus on a piece of bread. She held out a slice to me.

I waved it off.

“Climbing Mount Esja,” she said. “A few friends were ahead of me and knocked a stone loose.” She licked her finger and put the jar away. “They were so upset. They thought I was dead!”

She laughed, and walked away with her bread.

The inevitable eventually happened. In the middle of the night some of the students were going to climb a five-story office building still under construction. They asked me to join.

I was a rather tame and logical as a child. I don’t remember climbing anything that seemed like it shouldn’t have been climbed (and hey, no broken bones for this nerdy kid). The most adventurous I might have been was scaling the stack of square bales in the haymow.

We tried to act casual on the street, but I had the feeling that everyone we passed in the darkness knew what we were up to. The site was in the middle of the city, the concrete building looking austere and somber without its roof and paint. There were no lights that shone on it, but we could easily be discerned as something that shouldn’t be crawling up it by anyone who happened to look out their windows. We boosted each other to the first awning, and then worked our way around a small ledge.

The thing about trying to act like a twenty year old is that it makes you realize that you aren’t twenty. I imagined trying to explain my theory of “anything is better than sitting in your room” at the police station, and a lieutenant shaking his head as he read my ID. That’s why I came up with a plan on the way to the building site. If we were approached by the local authorities I was going to turn on my friends and yell “Officer, I caught them! Look at what kids do these days!”

The group became quieter the higher we climbed. We passed by the tools of the men constructing the building, spread out like bones on the concrete. At one point he had to lean from a ledge to grab the scaffolding, climb up its supports, and then jump back through a window frame. People worry about having clean underwear when they die or who will find the stack of Victoria Secret catalogues under their bed. Me, I just want to die in a way that doesn’t make people say, “Well, I guess Darwin was right.”

At first it felt like a gift that we had access to the internal stairs the last two stories. We didn’t have to pull any stupid and acrobatic stunts to reach the top. But then again, I had just jumped back into the building from the scaffolding, with plenty of room to fall, and my adrenaline was pumping. I wasn’t sure I was quite done yet. Everyone congratulated each other on the top floor, until I pointed off the edge and said “Look, a crane. Follow me!”

Climbing, getting to the top, being at the top—it’s a metaphor as old as language. It speaks to our natural drive. But maybe the youth of today don’t understand metaphors, or have the patience for them. They just want to climb stuff.  And maybe Iceland and its ruggedness brought it out in the ones I knew. Certainly they were more commendable than all the phone-addicted Xbox junkies the curmudgeonly older generation complains about. These kids weren’t updating their Instagram. They were climbing. On things.

I shouldn’t have been as surprised as I was to find the cab of the crane unlocked. What’s more, the key was still in the ignition. The operator, probably not knowing about youth these days, thought the controls would be safe being several hundred feet in the air. I could have driven the mammoth machine down the streets of Reykjavik and knocked over the club that didn’t let me in because of my shoes. Or taken out the office of the professor that gave me a B. Instead I just turned on the radio. I don’t remember what song played, but I think it was an old one.

The city looked different from that far up—something more energetic and lively. Being that high was its own kind of rush. And sure, I’ll say it. I felt young.