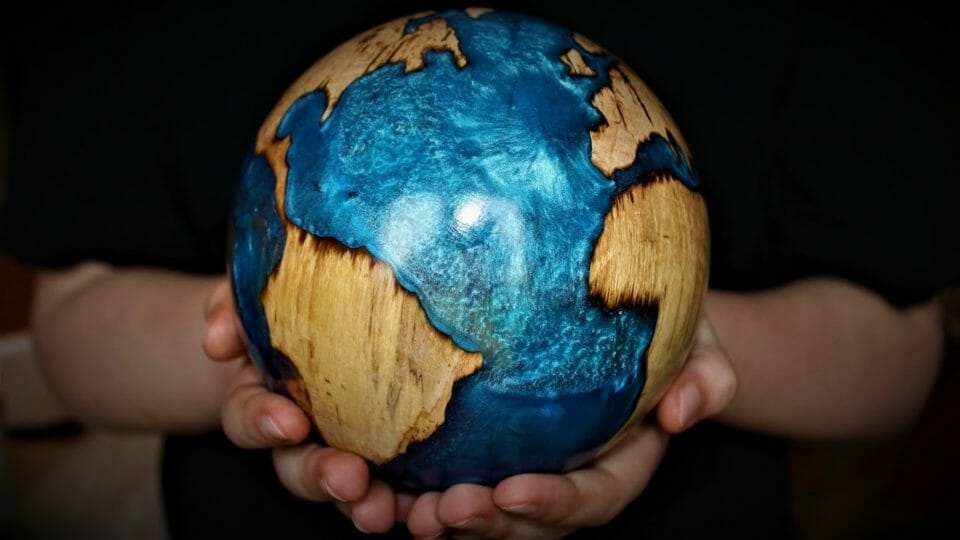 The world is smaller than it was several generations ago.  It is often said that if a butterfly flaps its wings in Brazil it could cause a tornado in Texas, suggesting just how globally connected our existence can be.  It might have been that those winds would have passed over our grandfathers and left them to do their farming unbothered.  These days, however, not only are agricultural markets played out abroad, but the worldwide ideology of farming policy is persistently at stake at the international level.

There are two rival forces when it comes to global agricultural policy.  The Cairns group was formed in 1986 to champion the conservative mores of neoliberalism in agriculture and more specifically, the removal of all subsidies and tariffs on farming products.  Led by Australia, the coalition now consists of 19 geographically diverse countries: Argentina, Brazil, Canada, Chile, Colombia, Costa Rica, Guatemala, Indonesia, Malaysia, New Zealand, Pakistan, Paraguay, Peru, the Philippines, South Africa, Thailand, Uruguay and Vietnam.  The Cairns Group campaigns for the end of domestic support for farmers, citing its distorting effect on the international trade of agricultural goods.

On the other side of the table sit the United States, the European Union, Japan, Norway, Switzerland and South Korea.  This group favors domestic support and subsidies to its farmers (even if they may provide them differently, and at different levels), and is labelled “the multi-functionalists.” The concept of multi-functionality contends that farmers should be rewarded for the benefits they provide that go beyond producing a product, such as the environmental protection of land, sustaining rural communities, and food security for the nation.  Both the US and the EU have reduced the amount of assistance given to farmers in the last decade, although the EU tends to have more programs to help bolster family agriculture.  Europe, the United States and Japan, having experienced food shortages during World War II, continue to place a high value on ensuring a stable food supply.

It is needless to say that economics at such a scale are more complicated and nuanced than can be explained in a single column, or understood by a simple column writer.  Brought into question is how much should national citizenship be valued over global citizenship, and at what level should a country be expected or obligated to take care of its own people before addressing the welfare of those outside it.  Also in consideration is the fact that countries such as Australia can produce some commodities, such as milk, cheaper than many other countries, and therefore would have an advantage in a completely deregulated world market.  I often wonder if idealism in policy is made too simple by divorcing it from the realities of those affected by it.  In speaking of Australia, it should be pointed out that deregulation came at a heavy cost.

On July 1st, 2000, Australia became the first major dairy industry in the world without subsidies and market adjustments.  The Australian Dairy Industry Council (ADIC), the farmers’ chief representative body, approached the federal government with a proposal that would end milk price supports and regulations.  The next year the Dairy Structural Adjustment Program (DSAP) began, extending a retail tax of 11 cents per litre over 8 years, the collection of which went to support farmers as they made the adjustment to a pricing system entirely dependent and in the mercy of the international market. The results were described by most as disastrous.  Some regions of the country lost up to 60% of their dairy farms within a few years, and presently few family dairy farms remain.  The Australian dairy industry has faced crisis several times in the last decade, and is now bracing again for low world prices.

As a counterpoint, Icelandic farmers have had a much different experience.  In 1934, Iceland decided to support farmers against fluctuating prices with subsidies, eventually enacting supply control.  Their protectionist agricultural policy has changed little since then, their quota system for milk being based solely on domestic demand and entirely divorced from the world market.  One of the leading reasons that Iceland hasn’t joined the EU, in addition to safeguarding its fishing rights, is because it does not want to forfeit the measures it enacts to sustain small agriculture.  As a result of its policies, Iceland may be the only nation in the western world in which a herd of 60 cows supports a large family with means comparable to any other occupation.  As a result, Icelandic farms have been able to take advantage of technology that farmers in other places cannot afford, and have ensured that family agriculture retains its honored place in Icelandic society.  It may not be entirely fair to compare Iceland with Australia—two nations of different sizes and circumstances—but it does illustrate how decisions by those behind a desk can have immense impact for those in the barn.

After forming, The Cairns group made some gains in the Uruguay Round of the World Trade Organization talks in negotiating with the multifuctionalists to limit the type of subsidies and tariffs granted to their farmers, and more again in the present Doha Round.  Such compromises are difficult to navigate with so many countries’ interests at stake, in addition to the desire to be fair to developing nations.  It may be even harder for those of us on the ground (and more specifically, plowing that ground) to understand.  Perhaps the first thing to hope for is that those with the power to work out such decisions keep in mind the individuals that they will affect, and be intimate with the burden of how drastically the lives of a farming family can be accordingly changed.