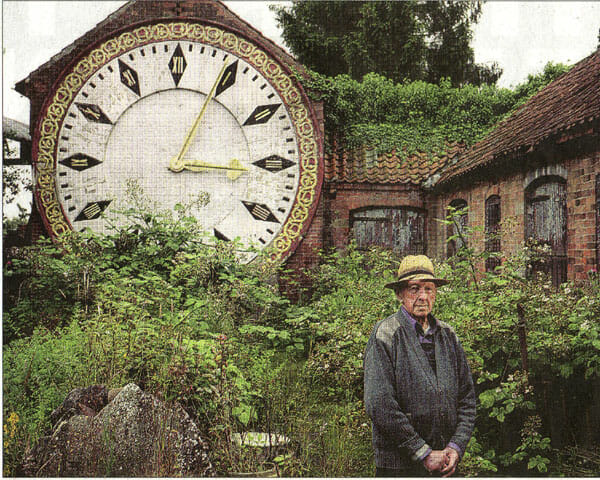 The reality of time isn’t as rigid as it seems. According to Einstein’s Theory of Relativity, it is affected by various factors, including gravity and speed of motion. Time moves slower at higher elevations, being further from the earth’s pull. A person in the mountains will age slightly slower than his neighbor in the valley. An atomic clock placed in a high-speed train will eventually differ from one on the ground by several nanoseconds. Einstein had even suggested that individuals together may experience the same event at different moments, depending on certain conditions.

The most common notion about time on a farm is that it’s seasonal, moving from plowing to planting to harvest. This cyclical progression informs the days that pass on an operation and how the farmer spends them, and is inherent to the act of farming. Nonetheless, the full reality of time on a farm is more complex.

Regardless of management practices, how big the herd is, or where in the world it is located, each day on every farm starts the same: with milking cows. It moves from there to feeding them, to feeding calves, and then a number of other chores that have to be done at least once, if not twice before going to bed. This movement from milking to feeding to milking is repeated every day of the farmer’s working existence and begins to mark the beat his life turns around. It makes one think that perhaps the basic rhythm of farming—on which the whole dance is based—is a daily one. It duplicates itself ceaselessly. The useable part of the day—the time used for seasonal fieldwork, maintenance, herd health or whatever else farming requires—is cut into a window between milkings.

When something like forking hay or scraping manure is done every day it becomes automatic. The hands remember how to do it and one doesn’t have to think about it anymore. You move from dipping to wiping to putting the milker on while the mind wanders. The steady beat of everyday routine gets internalized. The body becomes a metronome marking off the day passing.

Because it is limited, time on a farm is something that must be redeemed in the present and justified after the fact. At the end of every day a farmer court marshals himself. He considers what he has gotten done that day and what he hasn’t. It is how the day is measured.

A farming understanding of time becomes awkward in a non-farming world. There are cattle haulers and seed vendors that used to farm. They get up at the same time every morning as if they still had cows to milk. There’s a rhythm inside them that still beats on. The first semester of college I was getting odd feelings around four o’clock. Some part of me thought it was chore time. This past year I lived off a grant in another country in which I had every day to myself. My only responsibility was to write the things I said I would write. Knowing how valuable time is, I felt the weight of accountability to use it aggressively. However, some days, shamefully, I panicked under the freedom and got lost in my own head. At the end of the day the final score showed that I spent more time feeling guilty for not writing than actually doing it.

The things on a farm help count the time that passes on it. Sometimes I can remember a barn cat during a certain period if I can’t recall the year. My father tends to remember when we got each of the tractors we have. They stand as markers for the past. When a hayfield was last put into corn or vice versa serve as reference points on which to base memories. When my grandfather tells a story he never has a year for when it occurred, but frames it by saying it was when he plowed with the old John Deere or when they were still using the harvester silo.

If Einstein knew a hundred years ago that time is fluid and complex, we shouldn’t be surprised to find it complicated by the experience of farming. Perhaps the one respite from it all is the tractor. Pulling into a field is coupled with the relief that there is nowhere else one should be and nothings else one should do except what pertains to the ground in front of the tires. There may be cows to milk and feed later, as there is every day, but that doesn’t matter then. The day will pass, but to keep track of it one would have to count windrows and not hours. If a man is lucky—and that is to say the radio comes in, the air conditioning works, and nothing breaks—time will move fast anyway, regardless of the physics. He’ll probably enjoy it. At some point chore time will come, with all its inevitability. He’ll do the same things he does every day; his body will remember how. And then the day will be over. Whether he means to or not, he’ll think about it before he goes to bed. And, if he’s lucky once more, he’ll decide it was time well spent.

This article appeared in a similar form in Progressive Dairyman in 2014.