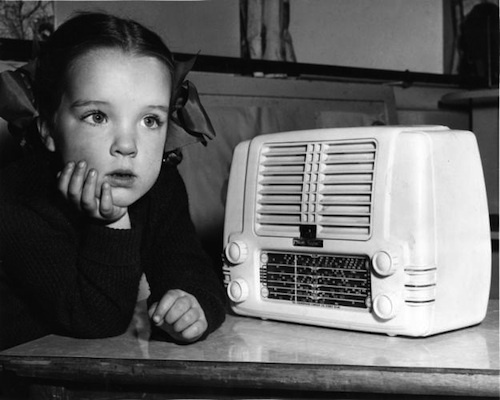 Lately I’ve been listening to classical music in the milking parlor. I do it while spraying it down, when everyone else is gone. Sometimes when searching for the music I wanted I would go too far and land on the classical music station. Usually I switched it back right away. I surprised myself the first time I didn’t.

I used to resist music without words. I felt unsatisfied without familiar lyrics to sing along to. I had always seen classical music as class-connotated, and it still probably is. There is no tradition of it in my family—neither playing nor listening to it. Blasting it in the milking parlor feels a little ironic. I don’t know a thing about it, can name five composers at best, and don’t know the difference from a concerto to a prelude—only that they are terms that resurfaced from my 5th grade music class. Previously, when finding a new interest, I would at least read the Wikipedia entry to be able to fake my way in conversation. This time, however, I’m glad I don’t know anything about classical music. I don’t want to. I scrape out the manure and wave my arms to the piano runs like an idiot in perfect bliss.

In some ways it was the radio itself that sent me to the station at the end of the dial. After a summer of the FM waves sending out the same songs over and over again, I was due for something new. It was as if all my musical tastes had expired at once. I grew up listening to country, and still do at times, but this summer its thinly-veiled morality began to wear on me. I couldn’t help but feel that to play country music was to be told to be more patriotic, to be happy with what I had, and to call myself a redneck. I tired of messages born out of commercial appeal. Nor could I, however, find respite in the pop stations. Within any given hour I would be told to throw my hands up in the air. The sentimentality works fine on a Friday night with friends, but comes across a little clumsy on a weekday in the haybine.

In George Saunder’s short story “My Flamboyant Grandson,” the characters are set in a futuristic New York City in which citizens are forced to wear coded strips in their shoes that contain information about the purchases they made. The streets are lined with advertising displays that personally address the passerby and admonishes them to buy things to make them happy. When the narrator attempts to take off his shoes because his feet were bleeding he is immediately reprimanded by the authorities and eventually forced to walk the same path again, listening to the advertisements that call him by name.

Saunder’s satire of American capitalism is often anthologized, perhaps because its supposed exaggeration isn’t far off from modern reality. Between commercials every fifteen minutes on the television and radio, ads in print media, billboards along the road and marketing campaigns on the sides of buses, the average citizen is relentlessly told the things he must do or get, and the reasons for it. At the same time there are 4200 religions in the world and countless denominations within them, each one with a different and confident worldview. Even news sources—Fox News paramount among them—present information with a jilted slant, each story an insinuation on how we should vote.

Appreciating songs without lyrics did not come natural to me. In the simplest terms, I have made a life on words. By the time I receive my doctorates I will have spent at least nine and a half years in university studying the English language, pursuing the ambition to get it right when telling a story. Most of the things I have received, from grants to employment, came from writing things down on paper. Now, perhaps by the natural law of aging, I have come to find the usefulness in silence. Sometimes the most poignant things don’t have to be said. A picture may be worth a thousand words, but it doesn’t use any of them.

Perhaps classical music is an archaic genre. The subtleties of it are undeniably lost on me. No one else allows me to play it in the car. I probably won’t bother trying to explain the sudden interest to most people. Still, it’s a break from being told anything and a reprieve from anyone else’s suggestions. My mind is free to think. The song has a story, but I have to imagine it myself. Even if I had heard the piece before and could recognize that, it would likely be a different experience accommodating it again. Listening to classical music tells me nothing about the world nor myself, and for the length of that composition that is exactly what I want to hear.