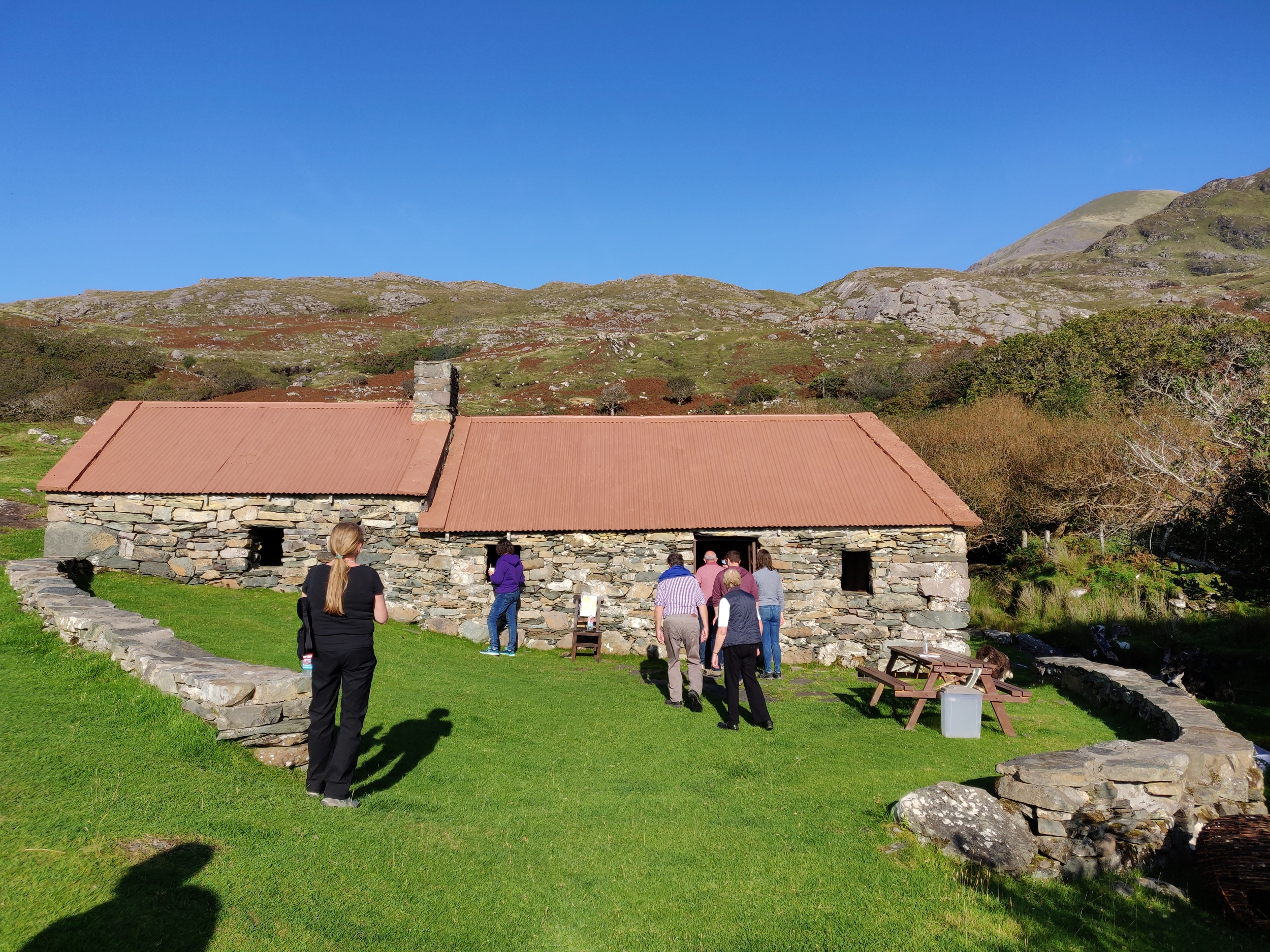 The Irish are renowned storytellers. From Nobel prize winning literature to pub talk we are saturated in stories. We listen to talk radio more than other nations, we prefer ballads about daring deeds to sweet melodies and we greet each other by asking “What’s the story?” Stories help us to make sense of our world; they help us to define good and evil, they offer villains to hate and heroes to venerate, they allow us to promote the qualities we value and to expose the behaviours we cannot abide. In the absence of anything better to talk about we will tell a shopkeeper the story of today’s weather (often hero and villain in the same day). The stories we choose to tell our children populate their world with the characters and lessons we hope will serve them as their personal narrative unfolds. But there is one story the Irish don’t tell. It is set in the 1840s, it has numerous villains and no heroes, it has a poor structure, its setting is dreary and dispiriting, it offers neither catharsis nor redemption, and it limps with grim predictability to an unsatisfying conclusion. It’s the story of The Famine. 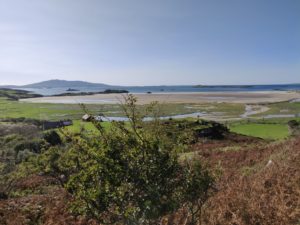 On a sunny September Saturday I made my way to The Lost Valley of Uggool, near Louisburg in western Co. Mayo. There is a tour that takes place there which tells the story that all Irish people know but won’t discuss. I was going with my brothers as a substitute activity for a cancelled trip we had hoped to take back in July. We had been planning to go to Germany to celebrate two birthdays by drinking beer for three days. We settled on The Lost Valley because it was relatively convenient to get to and easy to take part in. We knew the scenery would be spectacular and that we could drink beer after the tour. It was a compromise we were bounced into by circumstance, but I’m glad we were. The effects of the beer and the thuggish hangover that rendered me useless on Sunday have worn off now, but aspects of the tour keep coming back to me.

The tour was conducted by Gerard Bourke. Gerard farms the land around the Uggool beach, adjacent to Killary Fjord. Gerard’s family have farmed here for seven generations, interrupted only briefly by eviction during the famine. The 1841 census records 89 people living on the site of this farm (although this is certain to be an underestimate as locals were extremely distrustful of the authorities). Today one family occupies this space. In the wider locality the population dropped from 12,573 in 1841 to 6,892 a decade later. A similar decline is recorded all along the western seaboard of Ireland. For a farmer the numbers are part of the story, but the land bears witness in a much more poignant and vivid way. The land, like lacerated skin, records its traumas. Throughout the Uggool farm there are settle beds: rows upon rows of parallel ridges in the soil. These potato plantations are intact and undisturbed since the 1840s when their blackened and rotting harvest was abandoned by desperate farmers. These ‘Famine Drills’ are often said to resemble the emaciated ribs of the hungry people who fled or died.

The story is one of helplessness. The simple narrative is that blight killed the potatoes and the over-dependent peasants paid the price for their lack of diversity. But the seeds of the catastrophe were not seed potatoes but rather political and economic policies sowed in London. The draconian Penal Laws of the 17th century stipulated that a Catholic holding had to be divided equally amongst all sons unless the eldest son converted to Protestantism. To convert was deeply stigmatising for Catholics, so many farms were repeatedly subdivided until they became unprofitable for the farmer. The most efficient use of an acre of ground was growing potatoes. An acre of the crop could provide a family with a year’s supply of nourishment. Any additional land was either used to graze an animal which would be sold to pay the rent or to grow a cash crop for the same purpose. Farms and houses were incredibly primitive and basic, any attempt to improve one’s lot was met with a rent increase and the real danger of eviction, leaving people trapped on cramped farms.  Approximately half of Ireland’s 8 million people lived this close to catastrophe in 1845. 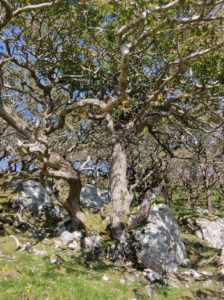 Uggool is coastal and stunningly beautiful. One option for the afflicted farmers was to fish, but nobody realised the famine would stretch for half a decade. The first recourse of most desperate farmers was to pawn or sell any fishing gear to cope with the first wave of the crisis. With no education system or industry there was no hope of finding employment. So as the crisis deepened farmers made increasingly desperate gambles, which included eating the next year’s seed potatoes and planting potato drills in poor, mountainous ground in the hope that some section of their crop might flourish. For five desperate years the crop failed repeatedly. Waves of starved refugees wandered the land spreading typhus and various other ailments. People who knew nothing but their own locality (and Gaelic language) were forced onto unsafe vessels that brought them to the lowest social rungs of Britain, the Americas and beyond. Ruthless landlords ordered the tumbling of the roofs and walls of shacks so the evicted would not return. Vagrancy (homelessness) was a crime and Britain decided to scale back its meagre relief effort in 1847. The London papers propagated a narrative of idle and feckless Irish peasants who lacked the discipline to feed themselves. However, the deep settle beds laboriously hacked into the inhospitable and exposed slopes of of Uggool tell the truth.

As the tour concluded (with an entertaining sheepdog demonstration) we settled into our evening of merriment. We chatted and enjoyed watching the tide wash up on the farm road. We talked and told jokes and lies. We talked about everything under the falling September sun. We told stories. We didn’t talk about the famine. But the ghosts were moving around us with renewed purpose. Their tumbled houses a rebuke to our age of comfort and idleness. Our consumption an insult to their suffering. No wonder we don’t talk about it.

Learn more about Stephen on the Contributors page. 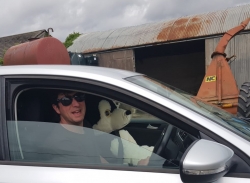 Stephen Reilly is a man who is almost impossible to categorise. 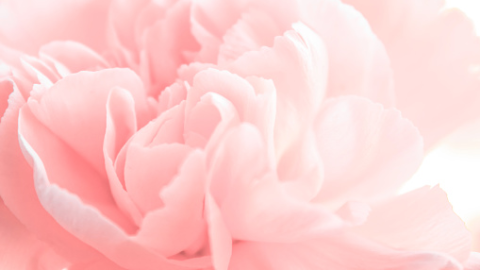 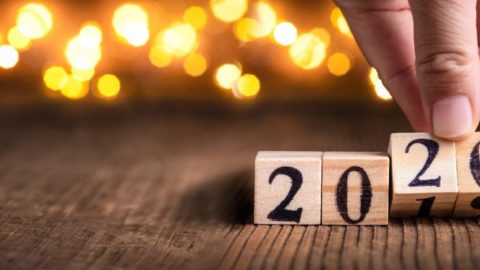